His Holiness, The Dalai Lama refers to it as the “Land of the Snows.” Of those fortunate enough to travel there, some are attracted by the lure and the lore of this exotic and magnificent place. Others, however, have more spiritual reasons to embark in the most challenging journey of their lives—the long pilgrimage to the sacred Mount Kailash.

Tibet, officially named Tibet Autonomous Region (TAR), is also known as the “Roof of the World” due to its location in one of the highest altitudes there is in this planet. If you ever heard of Mount Everest, the highest mountain in the world, then you know where Tibet is located.

This pristine, undisturbed corner of the world has had a history of shutting its borders and banning all foreign travel since the 1850’s.[1] Most recently, Tibet closed indefinitely for international tourism in 2012[2] but reopened for tourism on March 2014. If you are interested in traveling anywhere in Tibet, I suggest you follow Tibet’s travel regulations every day. Beware however that these regulations are constantly changing and interested travelers need to keep up with them on an almost daily basis. A good website to follow is The Land of Snows.

This essay is part of a series of posts I am in the process of publishing on Tibetan culture and heritage. Why Tibet? Tibetan culture is unique in that it not only has been able to remain intact and heterogeneous despite being neighbors to China’s modernized and industrialized cities, but also because of its striking similarities to Native American culture.

I have to say that my travel to Tibet was one of the most memorable and inspiring experiences I’ve ever encountered.

a sacred city in Tibet nestled in the mountains

Tibet from the Skyline

I arrived in Tibet via a small passenger aircraft which fitted less than 25 people. I struggled to stay calm as the pilot tried to break through a thick blanket of clouds. This only made the flight bumpier and tougher than driving through the hilliest and most unpaved roads found in Mexico. All the while, my eyes were trying to get a glimpse of the breath-taking Himalayas I’ve heard so much about.

view from an airplane of the Himalayas

Thankfully, my stomach never got upset during all the turbulence. Guess all the time I spent onboard military ships, successfully tackling all manner of rough seas, including hurricanes, prepared me for this type of travel experience. I, however, felt sorry for my fellow passengers. I could see that the combination of reduction in oxygen, the bumpy flight, and perhaps a bit of anxiety were taking its toll.

I never felt so close to the sky as when I first experienced Tibet by plane. I felt as if the plane was rubbing against the heavens themselves. As you can see in the pictures, mountains in the Himalayas are almost absent of valleys, rivers, and vegetation. Nonetheless, the mountain view from there was incomparable to any other landscape I’ve ever seen.

the Himalayas are almost absent of valleys, rivers, and vegetation

view from the sky of the Himalayas

Located at 11,811 feet above sea level, Lhasa Gonggar Airport is the highest altitude airport in the world. As the plane landed, my chest started feeling the pressure, but as soon as the plane door opened and my lungs were filled with the dry, crisp air from Tibet, I was speechless and the discomfort caused by the altitude were all but forgotten.

As you stand looking at Tibet, all of the sudden you realize how elevated Tibet actually is. Is almost as if you could reach and grab the mountain peaks right where you’re standing!

Tibet is so elevated that you could see the mountain peaks right where you’re standing!

There is a reason why Tibetans’ lungs are bigger than the average person; recent DNA research has shown that the Tibetan people are genetically adapted to living in high altitudes. It took 3000 years for their genes to evolve, which is considered the fastest genetic change ever observed in humans.[3]

Standing there, able to witness a sacred city in which temples, monasteries, houses are all dressed in dark crimson is a beautiful and colorful image that has been forever engraved on my mind. This beautiful dark crimson color is seen almost everywhere in Tibet, from the roofs of the houses to the color of the monk’s tunics as they are entering the Tibetan Buddhist monasteries.

I once read that the original Mayan pyramids in Mexico were painted red but throughout the years the red color has deteriorated leaving the pyramids looking more like skeletons. I wonder if the Mayans used a similar color for their pyramids…

A particular design I noticed throughout Tibet’s monasteries and structures was the intricate chain of flowers painted with gold, orange, crimson, and dark indigo, adorning almost every house and monastery; from windows to door entryways. But more interestingly was the ‘white scarf’ that adorned almost every doorknob and walls. Our Tibetan tour guide even welcomed my travel group with some of these intricately detailed, white, shiny scarves. As soon as our small aircraft landed at Lhasa Gonggar Airport our Tibetan tour guide personally placed these scarves around our necks! Have you ever been welcomed by this genuine gesture by any destination? If you have, please share with me where it was so I would put that destination on my top-ten-places to visit next!

I learned that this polite and friendly gesture is an important cultural tradition in Tibet. Tibetans show respect to an honored guest by placing a kathak (prayer scarf) around their neck. When reciprocating, the honored guest is supposed to hold the scarf out in both hands with palms turned upwards.[4]

Visitors to Tibet have expressed that this is a place that once you experience it, it is likely to change the way you see the world and that it will remain with you for years to come. After my four-day stay in Tibet I can confidently say I am one of those visitors.

From my airplane window, a landscape full of snow covered, brown peaks disappear into the distance. Turquois colored valleys hidden in the bosom-shaped mountains continue getting smaller and smaller as my airplane leaves behind Tibet. It was amazing to witness how in one of the most isolated and harsh regions of the world life can exist and that the very hostile characteristics of its environment have protected the Tibetan culture from outside influences. I can’t help but wonder, how long will this last?

waving good bye to the turquois colored valleys from Tibet 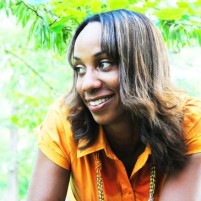 Beauty, skincare, fashion, art, culture, and anthropology all in one place!

My Slice of Mexico

Discover and re-discover Mexico’s cuisine, culture and history through the recipes, backyard stories and other interesting findings of an expatriate in Canada

Events, culture, art and tourism information about the city of Cádiz, Spain

Tired of being ordinary, then here are some tips for becoming extraordinary.

It's all about life and it's glory. No negativity in it though it always remains in everyone's life.It is our duty to make sure that negativity doesn't stop us from living a life of King Size.